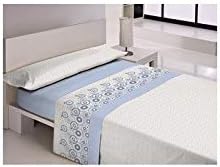 1984: Dinos Kostakis, George Velentzas, Thanos Kremidas, Kostas Kiriakidis and Elias Logginidis work on their own material; they do it mostly for fun rather than for any specific plan. Some appearances and concerts is the best they can hope, then.

1985: The story goes on much the same with the difference that the band has made itself known appearing in metal clubs with a solid set that includes songs like: LEAD ME ON, STREET FIGHTER, LADY OF THE NIGHT, BACK TO ZERO, DEAD CITY, QUILTY DREAMS, I’M RUNNING. During a festival in the American College of Athens in Psichiko, they meet GIANNIS KOUTOUVOS, working then for the EMI. The first talks for a possible cooperation take place, some appearances in clubs are booked and Giannis takes on to present their new demo to EMI Greece. At the same time, songs from the demo are played on the radio for the first time.

1986: EMI Greece invite the band to get in the studio and record their material. The contract signed is 1+1 with EMI’s option for the second album. “What do we care? What is important is us recording our album! And EMI is the best we could hope!” the guys thought.

May 1986: Through EMI the band are invited to open the SAXON concert in Athens. It’s the big moment, their first appearance in front of a big audience. “The first thing we cared was not to get booed”, says Elias. “Come down to it we played really well, despite the fact that in the first two songs the quitar didn’t go through the P.A. Luckily, the people really helped us and when at last the quitar could be heard, things got really hot”, Elias remembers. That same summer, July-August 1986 the band was in the studio recording FIRST ATTACK, with only 50 hours time allotted to them. The good thing was that SIERRA was the best recording studio at that time and the bad was that the time was NOT enough In the end, with 20 extra (freebie) hours the LP was recorded but only half of the songs were mixed! It was little after the recording that fate struck; Singer DINOS KOSTAKIS went into coma after a motorcycle accident. A terrible blow just when the band were making their start. But, they had to go on, they could not give up! In September 1986, just after Dino’s terrible accident and before their LP’s first release, Spitfire have their first obligation: A concert in Cyprus. Although shaken by Dino’s condition, they honour their obligation and do the gig with CORNELIUS (Douglas) in the vocals. Cornelius was a welcome help but Spitfire needed a new singer. It was difficult to find a voice like Dinos’. At last the band struck some luck in the face of MIKIS SINGROS. Although actually a blues singer, he had no problem singing hard rock provided he liked the songs. Quite easily after only a few rehearsals they were ready to meet their obligations.

Beginning of 1987: Party in CLUB 22 and LP’s official release attended by the press and people of the music industry. February 1987: Back to Cyprus for a second concert and from the airport straight to Omonia Sq. for an open-air concert in front of 40,000 people. March 1987: Gigs in CLUB 22 and Katerini in Northern Greece. September 1987: Appearance in Corfu in “Whispers” Club. It is there that something started to go seriously wrong. Some of the members, for personal reasons weren’t willing to follow the band around Greece. Things became very difficult between them and the end was inevitable when in a concert in the “Vrachon” theatre, half the members didn’t show up.

@rockandcoke The Back to Rock group in Rock'n Coke festivale!

@martines Thanks for support us! We are coming Turkey next week and we are very excited!

@rocknews The Back to Rock group in Rock'n Coke festivale!